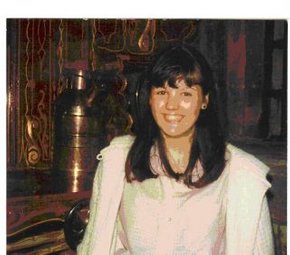 A BRIEF HISTORY OF THE FUND

Annette Fox was a local Bradford girl who died of Leukaemia in 1980 aged just 17 years.

The Annette Fox Leukaemia Research Fund was set up by Annette's parents (Colin and Irene), hospital staff and friends in her memory.

The first official meeting of the Fund was held on 12th July 1983 at the residence of Professor Liakat Parapia.  In attendance were Colin and Irene Fox, Jeffrey Cox, Pauline Sharp, Alan Mearns, Chris and Liakat Parapia. The Funds initial name was "Annette Fox Leukaemia Fund" and the bank account was held within the Bradford Hospitals under the name of "Haematology Fund".

It was agreed to register the fund as a charity with appointed Trustees and it finally became a registered charity in 1985, the first Trustees being Colin and Irene Fox, Jeffrey Cox, Pauline Sharp, Chris and Liakat Parapia.

In 1993 the Trustees and many supporters were thrilled when a dedicated Haematological Unit was built on Ward 7 at the Bradford Royal Infirmary, at a cost of £650,000 to the Charity.  It was opened by the Duchess of Kent.

The Annette Fox Haematology Unit offered patients privacy and dignity with en-suite rooms, own TV/Video and entertainment systems and modern bright furnishings.  The unit also offered the opportunity for patients to be treated as day cases.

The facility became so essential that it outgrew itself and in 2008 a further £165,000 was spent on enlarging the clinical space and refurbishing the day unit.

The Annette Fox Fund remains as committed as ever to improving patient care and comfort in and around the Bradford area.

The Annette Fox Leukaemia Research Fund was set up in 1983 by the parents and friends of Annette Fox, a local Bradford girl who died of leukaemia in 1980 aged just 17.

We are an independant registered charity based in Bradford, West Yorkshire, UK.

We raise funds to help support Haematology patients and their families in and around the Bradford area.

Managed by a board of 8 Trustees, all volunteers, we rely on your donations to help others and are always grateful for your support.